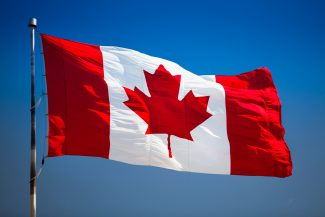 Recently, our Canadian brothers to the north have been struggling with the COVID pandemic and how best to cope with it. The government there took a very heavy handed and zero tolerance approach to mask and vaccine mandates.

That heavy handed approach has resulted in severe COVID fatigue and many people there are understandably very frustrated. That frustration has recently  resulted  in a (so far) peaceful act of civil disobedience involving a large number of Canadian truck drivers that formed a large convoy to slow down and snarl road traffic nationwide in what is has been called in hashtags #FreedomConvoy, #FreedomConvoyCanada2022, and #FreedomConvoyCanada respectively. Essentially, the Freedom Convoy is a mass general strike.

What prompted this article was the fact that the organizers of the peaceful protest were using the crowdfunding platform GoFundMe to raise money. The fundraising campaign was a success and protest supporters from around the world raised $9 million dollars in just days. Then GoFundMe abruptly froze the funds and locked the organizers out. They were financially cancelled. Adding salt to the wound, GoFundMe also refused to return the money donated, which runs directly counter to its “GoFundMe Guarantee.”

This was done because of politics. GoFundMe has a politically left leaning double standard when it comes to whom they allow to raise money on their platform. For example, when the violent BLM riots burned cities across America, GoFundMe allowed BLM to continued to raise money unimpeded.

Even though there are right leaning crowdfunding platforms such as GiveSendGo, that doesn’t solve the problem of financial censorship as they still have a kill switch. If there is a kill switch, it will eventually be used.  For example, GiveSendGo lays out all sorts of reasons why they can and will financially cancel people if they choose to, right in their terms and conditions, including, “GiveSendGo has the right to, though will not be obligated to, in GiveSendGo’s sole discretion, to remove any content or block any individual or entity for any reason.”

In the same terms and conditions, GiveSendGo clearly states they can keep donated money just like GoFundMe does: “GiveSendGo will have no obligation to provide a refund of any amounts previously paid.”

The answer to financial censorship from left wing cancel happy platforms isn’t right wing versions of the same platforms. The answer is decentralized platforms, like TUSC,  that don’t have the ability to financially censor or cancel people they don’t like.

How people spend their money is way they can have their voices heard. For people to be free, they need the ability to spend money on causes they support, even if those causes are deemed ugly, controversial, or stupid by other people. TUSC was founded by people that believe in free speech, even speech we don’t always like or agree with. TUSC is politically neutral. It is a tool for freedom and a free insurance policy against financial deplatforming and censorship.

TUSC doesn’t charge any fees to organizers trying to raise money. Anyone can setup a free TUSC account or accept TUSC for donations and payments. To accept TUSC for payments, all you have to do is:

If you have any questions about setting up a donation campaign with TUSC, please contact the team via email, Telegram, or Discord.