WHY I BECAME A BLOCK PRODUCER (BP) FOR TUSC? 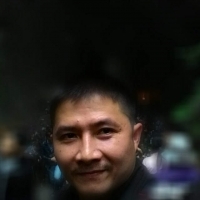 Hello! When asking the above question, I was thinking back to a time when I received the airdrop token OCC (Original Crypto Coin). I knew the OCC group with Rob McNealy, Kristie McNealy, Jordan OCC / TUSC, Eden Wagner ... at that time. I became a volunteer to help the OCC/TUSC team in managing the OCC/TUSC main Telegram community at @TuscNework and the OCC/TUSC Vietnam team at @tusc_vietnam . You can send private messages to me in the Telegram group above via username @dungmt.

A lot of things have changed since then, there are many people who come and leave, some people surrender and give up because of the complexity of the crypto world, some people abandon projects to move on to other projects ... But the biggest change is that the members of the OCC project have transformed OCC to become The Universal Settlement Coin (TUSC). From a token (OCC) running on the Ethereum platform, the group has assembled a team to develop the mainnet for TUSC running on Graphene blockchain technology. The conversion of this requires the Block Producer 's running on the server with an Internet connection to validate transactions on the network through a protocol called Delegated Proof of Stake (DPoS) . For more than a year, the team programmed, improved, tested applications, converted tokens from OCC to TUSC at a rate of 2 OCC : 1 TUSC.

As I am a technician in Information Technology, I understand very well the hardware platform, can assemble a full PC from a collection of spare parts and install OS and software. During that period, I planned and organized the construction of some small data centers for companies and grassroots administrative organizations. The tasks included Installation and configuration of network equipment, network wiring, installation of power supplies and installation of fiber optic cables to provide internet connectivity for those data centers.

When I was notified of the startup of the TUSC Testnet , my initial thinking was to install and run the BP nodes for TUSC on cloud services like Google Cloud, Microsoft Azure, AWS ... but after reviewing all requirements regarding hardware, software and speed of the internet connection, I decided to run BP nodes on the tiny Lenovo Thinkcentre m720q system with the below basic configuration:

My Hardware which will be used to run TUSC Block Producer

There were some problems when I used the above system to run BP nodes during Testnet, The issues are: Hard drive failures, power failures and loss of internet connectivity because I was running the BP node computer at home, where I have high-speed fiber optic internet connection, but when my house lost power (which often happens in the dry season), the computer running the BP nodes was not be able to operate with high uptime even though they are set to automatically restart when power service is restored.

Luckily for me, I have built and configured several data centers, where I still have to do monthly maintenance, so I was allowed to put my device in one of them, where the infrastructure is much better than my home. Those data centers have fiber optic internet connection with twice the speed of my home internet connection. They have internet connections with static IP, never lose power and have backup UPS to reduce outage in the event of power loss.

Why did I install and use Ubuntu in the beginning for my BPs ? The answer is that when I joined Testnet, I was working on a project related to Ubuntu so I had to research it. I read the TUSC witness node installation guide and thought about why I didn't combine this with researching Ubuntu and installing BPs on existing hardware and on Ubuntu.

In the process of performing my BP installation, I gained a lot of experience about Ubuntu and Linux in general from @frankf1957, a respectable friend who I was fortunate to meet as we are both volunteer admins who help with managing the Trust Wallet Telegram community.

The experience gained from running the testnet helped prepare me for the challenge of running TUSC BP nodes on the mainnet (using equipment with good components, placing the device in a datacenter environment ..). Thanks to the guidance of @frankf1957 and all of you.

OK, I have the hardware, there is a place for my devices to run BP nodes with high uptime and no monthly costs.

Now everything is fine, my witness node is up and running. But I am planning to move my BP node to a larger datacenter, where I will set up a BP node including bundled services like backup, periodic upgrades and operating conditions which I expect to be much better than my current BP operating conditions. Why don't I use VPS? Because I like to do my own from scratch (DIY).

Before I move my witness node to its new location, please vote for my witness: dungmt123 on this list.

Thanks for reading and sorry because of my bad in English! 🙏