What is a refund proposal and how does it work? 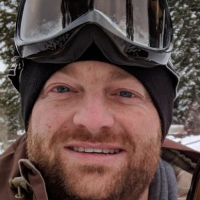 On the TUSC blockchain anyone can create a worker proposal. If TUSC users like the proposal and vote for it then the worker gets paid at the proposed rate if it receives enough votes. As of 1/16/2020 The total daily worker budget is 5,000,000 TUSC. At each maintenance interval the votes are re-tabulated and proposals are put in order from most votes to least votes. The proposals are funded fully starting with the proposal with the most votes and continuing down the list until the daily budget runs out. The last proposal that gets payment might only get partially funded.

What if you don’t like any of the proposals? There is no way to vote against proposals so we need refund workers. When a refund worker has enough votes to get funded then the amount associated with the proposal gets returned to the reserve fund for future worker payment.

There are refund workers available with the following daily budgets:

This allows for combinations to arrive at many different total refund amounts. Please make suggestions for additional worker amounts in the comments below or create your own refund worker.

I don’t like any of the current proposals so I am going to vote for the 5,000,000 TUSC refund worker. If it has the most votes then all of the worker funds will be returned to the reserve.

Worker proposal: A proposal to the community to claim part of the daily worker budget. Proposals should include a title, a URL to a site with more details, a daily pay amount, a start and end date. Anyone with TUSC can vote for as many or as few proposals as they want to. 1 TUSC = 1 vote.

Vote: A way for the TUSC community to participate in governance by voting for witnesses, committee members and worker proposals. Voting is easy through the GUI wallet at tusc.network/wallet. Login with your account name and private key and then choose Voting from the upper right menu. Voting has a fee, you can save on fees by updating your votes for witnesses, committee members and workers and then pressing save and sending them all in one transaction.

Refund worker: A proposal that returns worker budget to the reserve rather than paying out to a contributor.