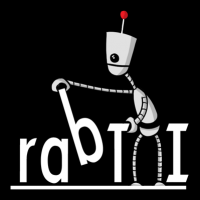 rabTAI
October 2019 in Getting Set Up

How to run a witness node (Block Producer)

To be a block producer, you have to upgrade the user to lifetime member, and you have to make that account a witness.

Skip this if you are running compiled wallet (built from GitHub).

Until you exit the wallet, every command that is executed will be the wallet command

This command will show the local stored docker images

Skip this if you are running ducker.

If you have compiled your wallet from source code, then you need to find the wallet in tusc-core folder

No matter how you run the wallet, you will see this message.

To be a block producer, you have to upgrade the user to lifetime member. It will cost you 300K TUSC

Make that user a Block Producer. It will cast you 100K TUSC

This will return a long string, but the value we need is Block_signing_key

"block_signing_key": "<PUBLIC KEY>" >> save that somewhere

In that list, find the private key that matches your block_signing_key and save it.

Get the witness ID

You can check how many witness are running

Voting happens in an time interval, you can check when is the next voting

Following process are same for Docker container and Compiled system

Go to witness data folder, it is usually under tusc-core

somewhere in the middle you will see

# ID of witness controlled by this node (e.g. "1.6.5", quotes are required, may specify multiple times)

Congratulation you are officially a Block Producer.