Rob McNealy, TUSC’s Cofounder, said: “We are excited to finally bring this project home and get launched. Our volunteer team has worked very hard over the past 14 months to make this a reality and I could not be prouder of them. The rollout had some minor UI bugs, which are being corrected, but the core has been functioning flawlessly. I am very excited by how fast our network is; we have three second block times, so confirmation times (authorizations) are just as fast normal credit card processing.  The transition to crypto payments should be virtually seamless for both retailers and customers.”

McNealy said: “As gun owners, and ardent defenders of the right to self-defense, we know that the gun industry is constantly under attack.  We wanted to create a gun-centric crypto to act as a “continuity of business” payment system for gun retailers. Due to their decentralized nature, blockchain technology and cryptocurrencies simply can’t be shut down by “activist” banks.”

TUSC was purpose built for retailer adoption using a unique marketing model with an elected and term limited third-party vendor called the Marketing Partner, whose role is to support the onboarding of retailers and promote TUSC through aggressive marketing and sales strategies to vertical markets and industries with recognized problems with existing payment systems.

Altilly is hosting a TUSC trading competition from January 1-31, 2020 with 25 million TUSC up for grabs!  To enter the competition, start by opening an Altilly trading account.  Then visit the trading competition page, and click the green button in the top right hand corner to join the fun!

The TUSC for the trading competition was made available by TUSC MP, the official TUSC marketing partner.  Please follow the rules so you don’t miss out on your chance to win: 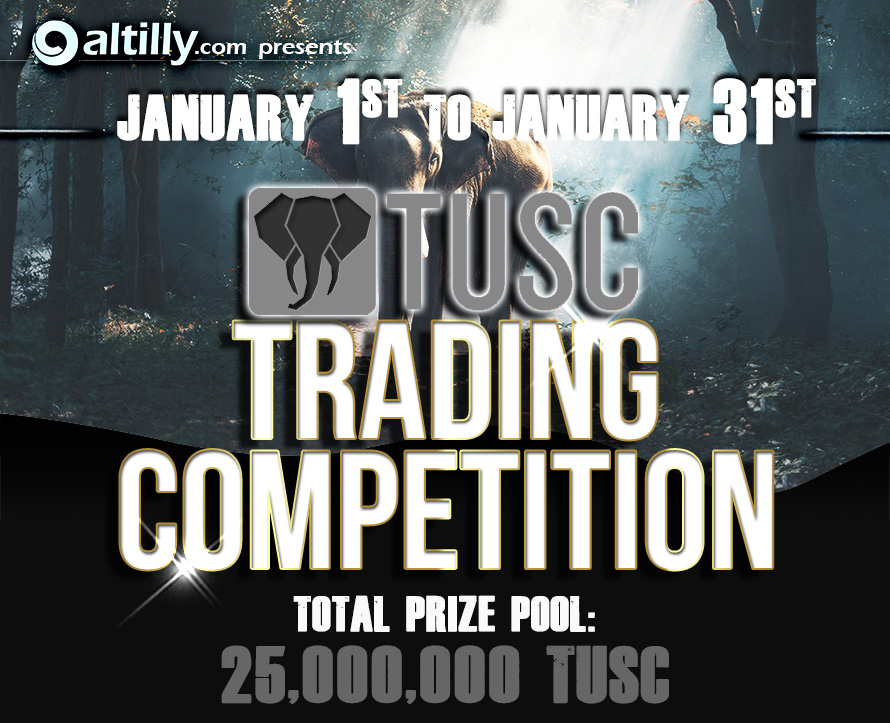 TUSC cryptocurrency trading went live on Altilly with a BTC pair on Monday December 30, 2019!  We’re thrilled to announce the first crypto exchange listing for TUSC since the project launched its own blockchain.  The TUSC community is beyond grateful for Altilly’s continued support and their patience as we worked through the process of our very first exchange integration and Bitcoin trading pair.

To begin trading on Altilly, you’ll need to create a trading account.  Be sure to store your logins securely, and enable two-factor authentication to help protect your account.  You’ll need 2FA enabled to use the official Altilly trading app, which is available in the Google Play Store.  If you create a new TUSC account, store your new keys and account name carefully, and never share your private key or brain key with anyone! 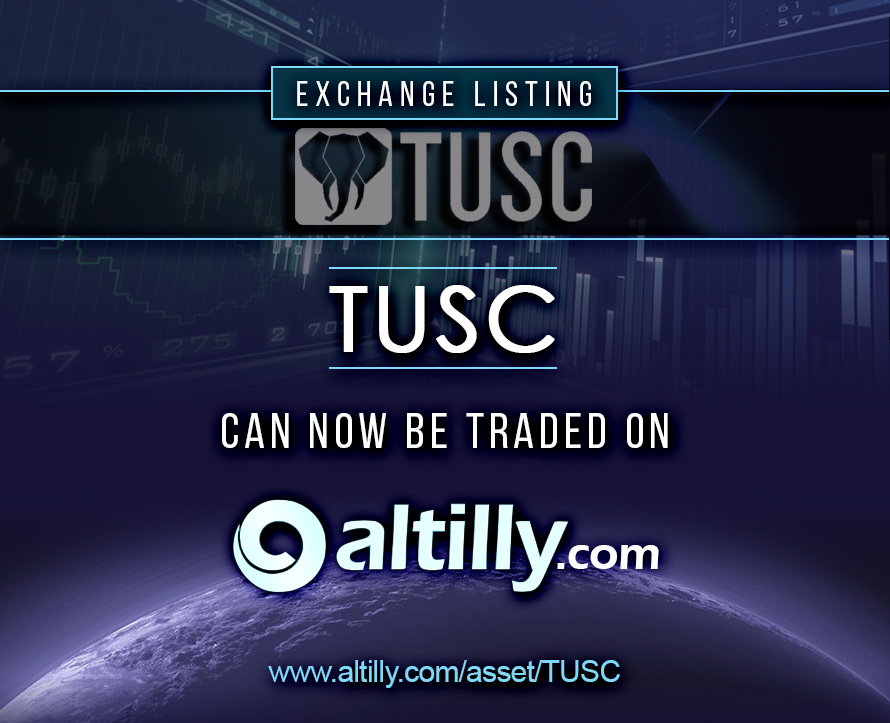 After successful mainnet launch yesterday 12/22, the TUSC project is excited to announce the official public beta of the first GUI wallet and explorer for TUSC!

If you participated in the swap from OCC to TUSC, simply click “LOGIN” at the wallet link above, and enter your account name and private key to access your TUSC.  Help is available in the official Telegram group, and additional documentation will be made available as it’s developed.

TUSC will resume trading on Altilly soon, so you can get ready by setting up an Altilly account!

After over a year of hard work and support from the TUSC community and a dedicated group of developers, we are excited to announce the official TUSC launch!  The launch will occur in two phases, starting on December 22, 2019.

Block producer candidates will be given access to mainnet beginning at 1:00PM MST (GMT-7) on December 22nd.

Everyone will get access to the GUI wallet and explorer beta beginning at 1:00PM MST (GMT-7) on December 23rd.

END_OF_DOCUMENT_TOKEN_TO_BE_REPLACED 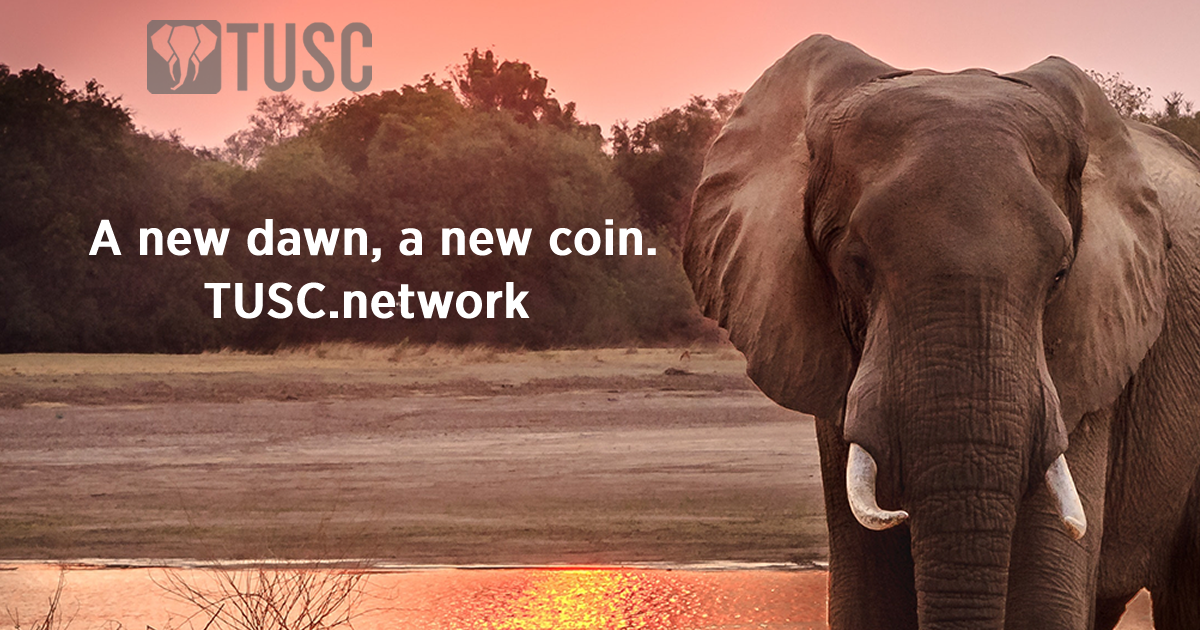 The swap to TUSC officially ended on October 6, 2019.  Thank you so much for being an amazing and dedicated community. All unswapped TUSC coins will be returned to the worker and marketing partner funds and be used for marketing, developer/worker pay, and exchange listings.

Stay tuned for future announcements about the TUSC wallet and explorer, and opportunities to contribute as a member of the TUSC community!

The window for swapping your OCC to TUSC will run from September 1-30, 2019.  The process has been tested using MetaMask and Trust wallet, and should be compatible with any Ethereum wallet with a built in dApp browser.  You’ll find a list of links that might help you with the swap process below:

TUSC is a decentralized community project, and community members are encouraged to create their own tutorials and help documents in other languages, or for other wallets.  Please drop a link in Telegram so everyone can see what you’ve created!

Rob McNealy, TUSC’s CoFounder, said: “We are excited to announce that we have created the TUSC genesis block and have started our swap. Our community of volunteer developers worked nearly a year to get us to this point and I could not be prouder to have been a part of this fine group of passionate and dedicated professionals.”

McNealy continued, “TUSC was purposefully designed from the beginning to solve a problem for American firearms retailers, which have a recognized problem with traditional banking and payment processing. Even though the industry generates more about $50 billion dollars of revenue annually, retailers still struggle with getting banking and merchant accounts. When they can obtain them, they are charged excessive fees and have difficulties with chargebacks. TUSC solves many of these problems, and so far, the industry has been very receptive to our project. Retailers have already committed to accepting TUSC as soon as the payment gateways are completed.”

TUSC is a Non-ICO, fully decentralized, delegated proof of state (DPOS), community driven cryptocurrency project. No one owns TUSC. There is no CEO or management team. All decisions about TUSC are made via community proposals from the holders of TUSC.

The window for swapping your OCC to TUSC will run from September 1-30, 2019.  The process has been tested using MetaMask and Trust wallet, but it may be possible to complete the swap using other wallets which have dApp browser functionality.  To swap your OCC to TUSC using MetaMask, opening the following swap page at swap.TUSC.network and then follow the steps below.  If you’re looking for a different tutorial, check the list: 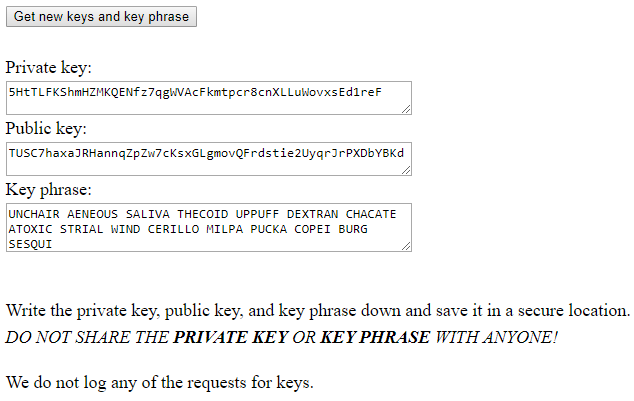 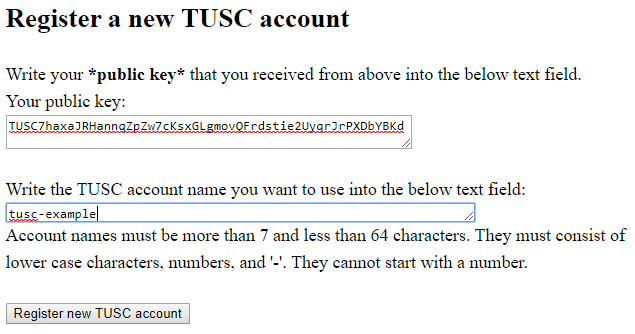 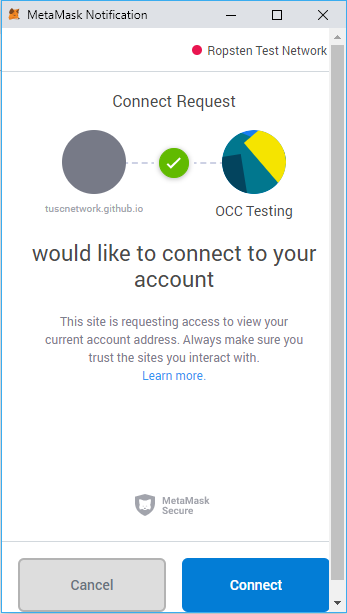 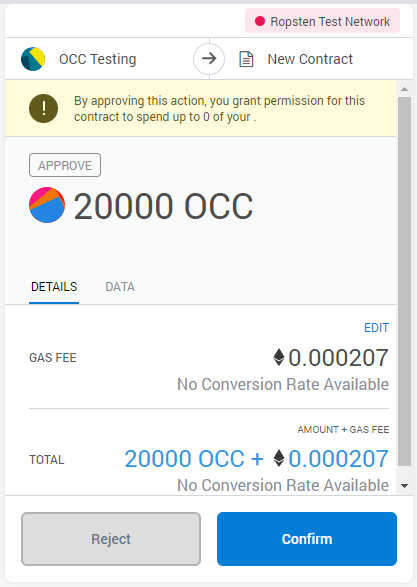 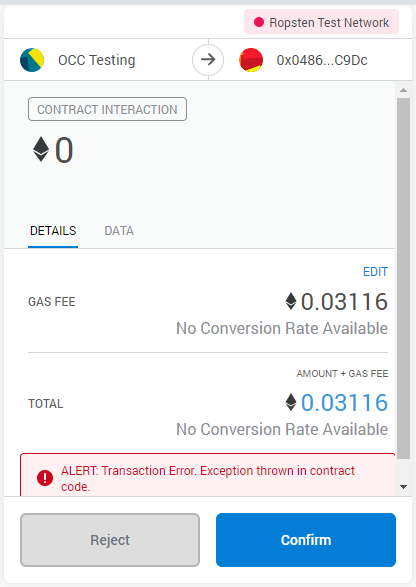 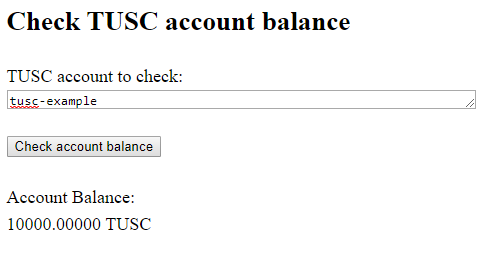 If you have questions or concerns, fill out the form and we’ll respond as quickly as possible.  You can also find us almost 24 hours per day on our Telegram Channel. which is the fastest way to have your question answered.

Find out how TUSC can help you, your business, and the entire industry.